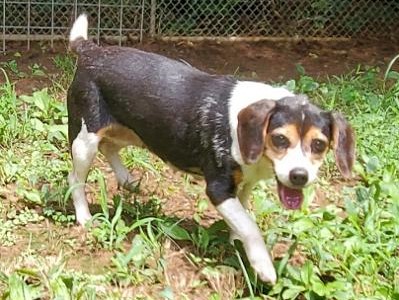 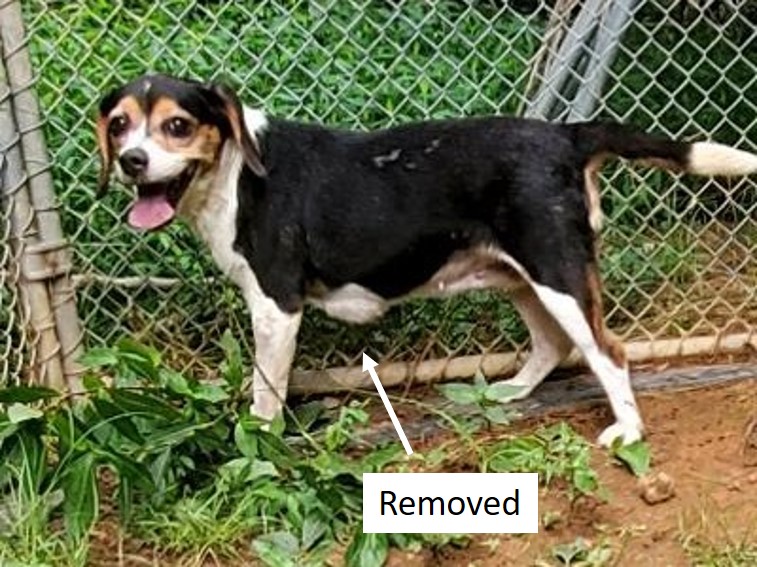 UPDATE – 13 SEPTEMBER 2020: Good news for Bessie – the lump we had removed turned out to be benign, so we can now remove the other two small lumps without concern. Come meet Bessie at the adoption event in Manassas on the 19th. BREW will still take care of having her two small lumps removed, but she is more than ready to meet her forever family!

UPDATE – 1 SEPTEMBER 2020: Bessie has now been vetted and is available for adoption. She had a rather large mammary lump removed that has been sent out for biopsy (not unusual for older females).  She has a couple of other small lumps that were not removed. This pretty senior hopes her lumps and bumps don’t discourage anyone from adopting her!  She deserves to live out the rest of her life with a loving family.

NEW – 12 AUGUST 2020: Look at that smile! Bessie came to BREW with two other 10-year-old beagle girls (Butterscotch and Speck) who all found themselves without a home when their owner no longer wanted them. As far as we know, they have only lived outside. Bessie is a sweet girl who gets along well with other dogs. She will be available once she has had a chance to be checked out by our vet, which is currently scheduled for 8/31. 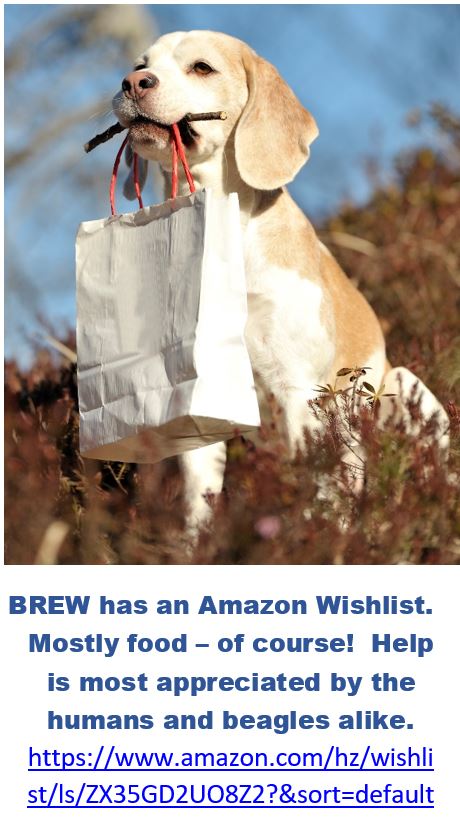